"We really have an appreciation for how well you know your product and the myriad of devices it works with."

Create a scalable UI for a family of HMI displays – quickly

When designing and developing HMI displays for material handling electronic controls, there are a lot of requirements to consider. With a wide range of platforms and hardware, displays for electronic controls vary in size, dimension, and technical capability. For Parker’s Electronic Controls Division, the design challenge was to deliver a responsive and attractive graphical user interface that would best showcase the capabilities of Parker’s new displays to mobile equipment manufacturers.

When Parker set out to create the graphical user interface for the display family, they were evaluating HMI design software that would meet the following requirements:

After working with another UI framework and upon recommendation from an engineering department within Parker Hannifin, the team downloaded the 30 day trial of Crank Software Storyboard for evaluation. Using the provided samples to get a feel for the ease of use and scalability of the tools, they opted to move forward with Storyboard and bought a license after only a brief evaluation.

One of the biggest reasons Parker was quick to select Storyboard for their project was the ease of use. The team had previously been challenged to get a graphical display in front of their client without significant effort and time. Using Storyboard they were able to efficiently design a UI based on their client’s existing application UI. This allowed Parker to showcase the value and capability of their electronic control HMI display and put a functional prototype in the client’s hands within days, and they were able to do it without needing final hardware. Due to Storyboard’s WYSIWYG design environment and the ease of updating artwork, Parker’s client was able to take the GUI and customize it on their own to suit their needs, which was a key requirement for the project. Features in Storyboard, such as Photoshop Re-Import functionality, make it possible for customers to update the look and feel of the design quickly and with ease.

Creating a UI quickly is valuable, but creating a HMI experience that can withstand system load and heavy processing is critical. Storyboard uses Lua API, a Lua scripting interface, to give developers access to Storyboard Engine to get/send data, send events, and manipulate controls on the UI. Because Storyboard separates the UI from the LUA scripting, processing is decoupled which leads to greater performance.

Using Storyboard to recreate the UI and Lua to communicate with the system, the team was able to improve the event capturing and update the display in a responsive manner. This test proved that Storyboard could easily handle the load and performance requirements. 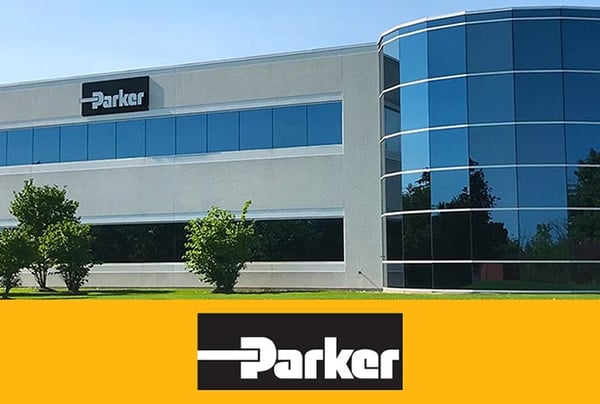 Working with software created by a team who really understands your technology and needs. Even the most intuitive and easy-to-use software requires time and experience before teams gain expertise and feel truly proficient. To help reduce this learning curve, Crank Software provides a library of videos, samples, and tutorials, which Parker used to quickly get functioning HMI prototypes in their client’s hands. This fast time to show was valuable to Parker to help them quickly showcase their technology without sacrificing function, aesthetics, or performance.

“We are really pleased to be working with you (Crank Software). We often have to spend so much time explaining our issues to vendors, but we really appreciate how quickly you "get it". You seem to live and breathe this, and it is a genuine pleasure working with you on our project. We really have an appreciation for how well you know your product and the myriad of devices it works with.”